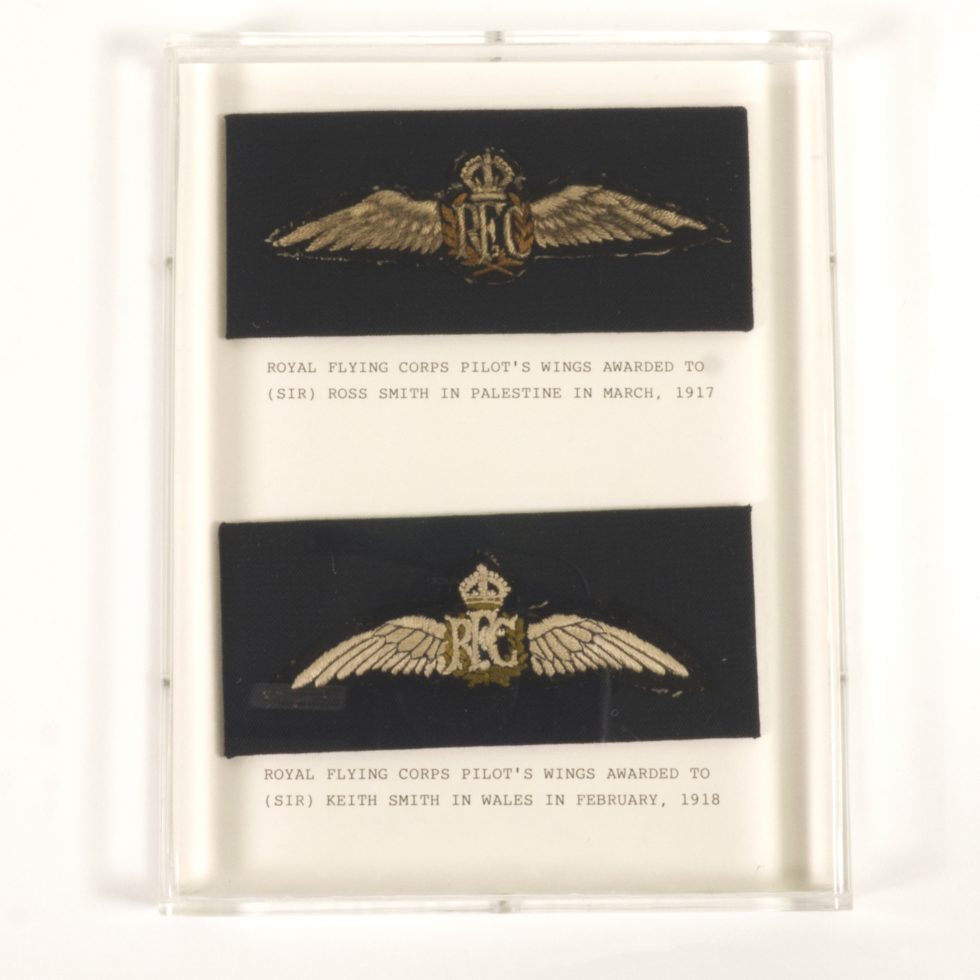 Ross Smith and Keith Smith both earned their pilot “wings” during WWI.

Keith was twice rejected by the Australian Imperial Force on medical grounds, so he paid his own way to London and was accepted into the officer cadet wing of the Royal Flying Corps in July 1917 (within weeks of his brother). His wings were awarded in Wales in February 1918.

NOTE: The pilot wings were placed in a perspex box by Artlab before they travelled into space with Adelaide-born astronaut Dr Andy Thomas aboard the Space Shuttle Endeavour in 1998. In 2019, Andy was reunited with the wings when he presented and narrated  The Greatest Air Race, a documentary retelling the incredible story of the Smith brothers and their epic flight. Design on wings is in silk embroidery thread. Wings, initials (RFC for Royal Flying Corps) and crown in bone-coloured thread and wreath in olive thread. Background and outlines in navy blue.