Keith Smith was the only member of the Smith crew not to serve with No. 1 Squadron, Australian Flying Corps, during WWI.

After being rejected for service on medical grounds in Adelaide, he paid his own way to London and signed up with the Royal Flying Corps, serving out the final year of the war as an aviation instructor in the skies over England. His flying experience in wintry European conditions proved crucial on the very first day of the epic flight.

Keith was born in Adelaide on 20 December 1890 – the first son of Scottish-born outback station manager Andrew Smith and his wife Jessie (nee Macpherson). The Smith’s first child Janet survived only one month in the harsh South Australian outback, and is buried near Cockburn on the Barrier Highway. Jessie went on to have three sons: Keith, Ross and Colin.

The boys spent their early years in the red dust of Mutooroo, a 7700sqkm sheep run on the NSW border near Broken Hill, learning to ride, hunt and read the terrain. The property was owned by prominent SA pastoralist Peter Waite (also a business partner to Thomas Elder and Robert Barr Smith) who later said that Andrew Smith had carried out some of the greatest work in South Australia. Innovations including designing massive dams, including ‘Perseverance’ which took 10 years to engineer, and building hundreds of kilometres of fencing and pipelines. As a result, up to 130,000 head of sheep were being shorn on the desert run annually.

Like Ross, Keith attended Queen’s College in Adelaide as a boarder from about 1901, and earned the nickname “Buck” because of his teeth. According to a 1920s article in the Queen’s College Magazine,  the headmaster Mr Hood once noted that the Smith boys were “unassuming” lads who “would never set the Thames on fire” (apparently infuriating Jessie). However, another school master also recalled them as “dear little chaps”. From 1906 to 1908, the boys attended Warriston School, a preparatory school for boys in Moffat, Scotland, where their father had also studied.

On their return to Adelaide, Keith accepted a position at Elder Smith & Co. (In 1920, when the Smith boys made their triumphant return to Adelaide aboard the Vimy, the company had a giant “K” cut  out and adorned on top of the CBD building, and held a “smoking party” in honour of their famous former employee.)

Jack Howard, a fellow Queen’s boarder and close friend of the Smith boys before the war, wrote in a letter in 1927 that they’d “always lunched in a little private room at Kindermann’s Cafe” on Rundle Street. They often spent their weekends at parties in Mt Lofty, sometimes at ‘Nara’, the family home of politician Henry Downer. And when they’d purchased motorcycles, Keith proved to be “a most capable rider and excellent mechanic”, in stark contrast to Ross.

The Smith boys were with Jack Howard and his brother at a dance in Adelaide on the night the war was declared, and all four boys decided to enlist the following day. “In the meantime Ross, who always dominated, decided that Keith being the elder must remain at home and look after his mother,” Jack Howard writes. “Keith never questioned any decision of Ross.”

Medical certificates held in The University of Adelaide Library’s Sir Keith Smith and Sir Ross Smith collection show that Keith attempted to enlist in Adelaide in both July and October of 1916 and was declared medically unfit for duty. The specific medical grounds were not recorded.

In 1917 he paid his own way to London aboard the RMS Medina – a voyage which almost ended in disaster when the ship was torpedoed by a German U-boat off the coast of Devon. Newspaper reports reveal passengers escaped onto lifeboats with little more than the clothes on their backs.

On Keith’s arrival in England he worked briefly as a scrutineer for the Australian Government, helping to oversee voting by soldiers in the second conscription referendum (which failed). He was accepted by the Royal Flying Corps’ Officer Cadet Wing in July 1917 and in January 1918 was posted to France with No. 58 Sqn – a newly formed bombing unit. He didn’t see action over the Western Front, however, as by 24 February 1918 he was back in England as a gunnery instructor with No. 75 Sqn. He was promoted to Lieutenant on 1 April and spent the rest of the war instructing pilots and navigators.

In an interview for Vickers News in January 1949 (a copy of which is held by the State Library of South Australia in the A. Grenfell Price collection), Keith said that Ross had contacted him from India in 1919 to say he’d heard about Australian Prime Minister Billy Hughes’ plans for the Great Air Race, and asking him to stay on in England while Ross and the mechanics made their way to London.

The article also reveals how tough it was for Keith as navigator: “The Vimy carried no radio, and, with navigation dependent on visual contact with the ground, the only map of Siam available, printed in Siamese characters, did not make it easy to keep on course.”

Charles Tullett, who was working as an erector on the Vickers Aviation assembly line in Weybridge in 1919 and helped to build the Vimy, was interviewed by the Daily Mail for the 50th anniversary of the epic flight in 1969 and recalled working with the Smith boys ahead of the race.

“I knew both the Smith bothers,” he told the newspaper. “I think Keith (the navigator) was the more forceful of the two. I remember the excitement building up among the lads in the Weybridge factory as the day approached for the flight. I can also remember the jubilation when the news came that they had reached Australia. We were all given a day off to celebrate.” (You can read the full article below.)

Ross’s faith in his brother as the Vimy’s navigator paid off on day one of the epic flight, when the weather at Hounslow aerodrome was declared totally unfit for all flying but Ross took off anyway in a bid to claw back the huge lead of Frenchman Etienne Poulet.

A fierce snowstorm over France forced Ross to take the Vickers Vimy G-EAOU to 9000ft. Their goggles froze, their gauges froze – even their sandwiches froze! Keith, unable to make out any landmarks below, sat with a compass and marked tiny lines on a map to indicate the Vimy’s approximate location. After six long hours, Ross spotted a break in the clouds and spiraled down, to find they were only 40 miles from their destination in Lyons.

You’ll learn lots more about Keith’s role in the epic flight – including his ingenious idea of laying bamboo matting for a runway over mud in Surabaya – in our timeline. Many of the photos you see of the epic flight and places along the route were taken by Keith. Kodak offered £1000 in prizes for the best photographs taken as part of the Great Air Race, with all Australian competitors on every plane receiving a camera and film. Keith and the Smith crew won. Some parts of the world were photographed from the air for the very first time.

Like Ross, Keith received a knighthood from King George V on 22 December 1919, for his role in the pioneering flight from England to Australia. The next two years were taken up in a lecture tour of Australia, New Zealand and the United Kingdom, in which Keith often shielded his incredibly popular brother from the media and increasingly zealous crowds.

By 1922, Keith and Ross were planning to circumnavigate the globe in a Vickers Viking amphibious aircraft. Vimy mechanic Jim Bennett had joined them in Weybridge for final preparations, and on 14 April both he and Ross were taking part in a test flight when the Viking spiralled to the ground from about 300 metres. Both men died within minutes.

The Melbourne Herald reported on 15 April 1922 that Keith had arrived late for the test flight, “having been detained at a wireless school”.

“We looked up and saw the machine about 1000 feet up commence to spiral down,” the article states. “The movement became swifter and the sweep of the circles narrower… Sir Keith stood petrified with horror, and when the machine neared the earth he buried his face in his hands and flung himself to the earth in order to avoid seeing his brother crash to his terrible fate.”

Keith sent a cable home with the tragic news to ensure his parents didn’t hear about it from the press: “Ross and Bennett killed instantaneously this morning knew nothing I am all right inform mother love Keith Smith.” He also personally oversaw the repatriation of both bodies to Australia.

Keith initially said he would merely postpone the attempt to circumnavigate the globe, however it never took place. In 1923 he became involved with the Aviation Department of Vickers and soon became the company’s general representative in Australia.

He married Anita Crawford (nee Schmidt) in 1924. They had no children. Their great niece Penelope McGorm (nee Saunders) remembers them both. “Sir Keith married my grandmother’s younger sister after the epic flight,” she says. “They lived in Sydney when I was small, so I only met Uncle Keith two or three times. I knew Auntie Anita better when she came to live in Adelaide after he died. She lived in Brougham Place, North Adelaide, and we would visit her there. My mother Judith Saunders (nee Goss) would make her deviled almonds and sugared almonds, which she loved. The epic journey was always discussed in my family. As a teenager, going to the tennis at Memorial Drive or the cricket at Adelaide Oval, we were always dropped off and picked up at OUR statue (of Sir Ross Smith) in Creswell Gardens.”

Keith was actively involved in RAAF recruitment during WWII, with other roles throughout his life including vice-president of British Commonwealth Pacific Airlines and a director of Qantas and Tasman Airways. He also played an instrumental role in relocating the Vickers Vimy from Canberra to Adelaide in the late 1950s after it was mothballed from the Australian War Memorial.

Sir Keith Smith died of cancer in Sydney on 19 December 1955, a day before his 65th birthday. 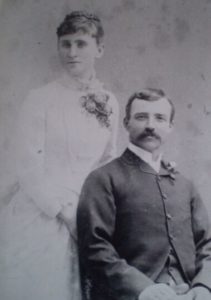 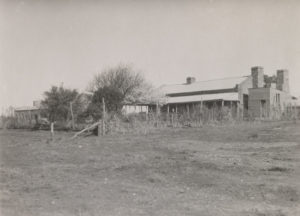 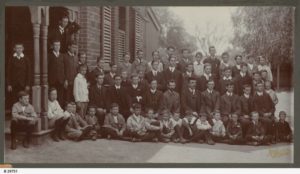 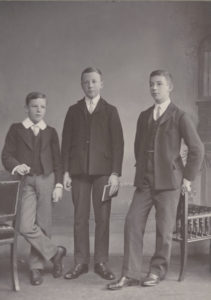 Keith, right, with his father and brothers, possibly in Scotland. Photo from The University of Adelaide Library Sir Keith and Sir Ross Smith collection. Keith in the RFC. Photo from The University of Adelaide Library Sir Keith and Sir Ross Smith collection. 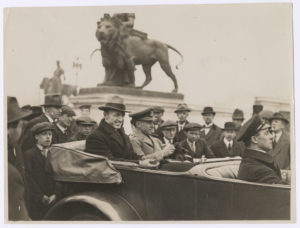 Ross and Keith leaving Buckingham Palace in 1921 after receiving knighthoods as members of the Order of the British Empire (KBE) from King George V, in recognition of their England-Australia flight. SLSA [PRG 18/10/4] 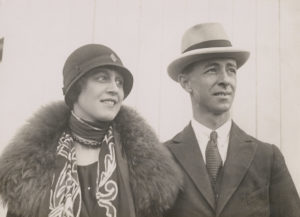 Sir Keith and Lady Anita in Sydney after their London marriage. SLSA [PRG-18/14/3] 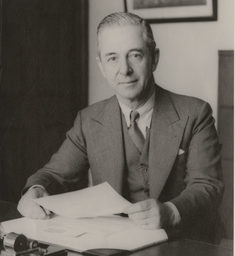