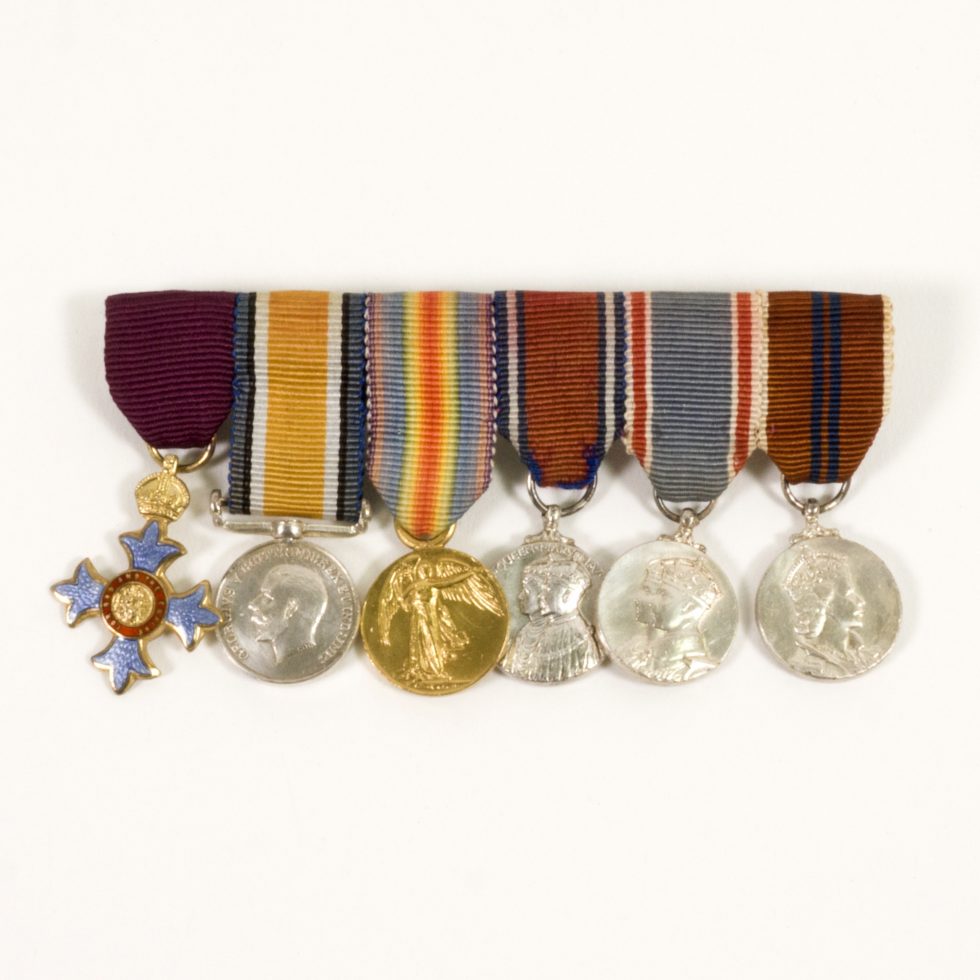 Keith Smith worked as an instructor for the Royal Flying Corps during WWI, and by war’s end he’d flown more than 443 hours. He remained a strong advocate for aviation throughout his life. His six medal miniatures are stitched to a thin rectangular metal badge strip with back clasp.

Medals from left to right: 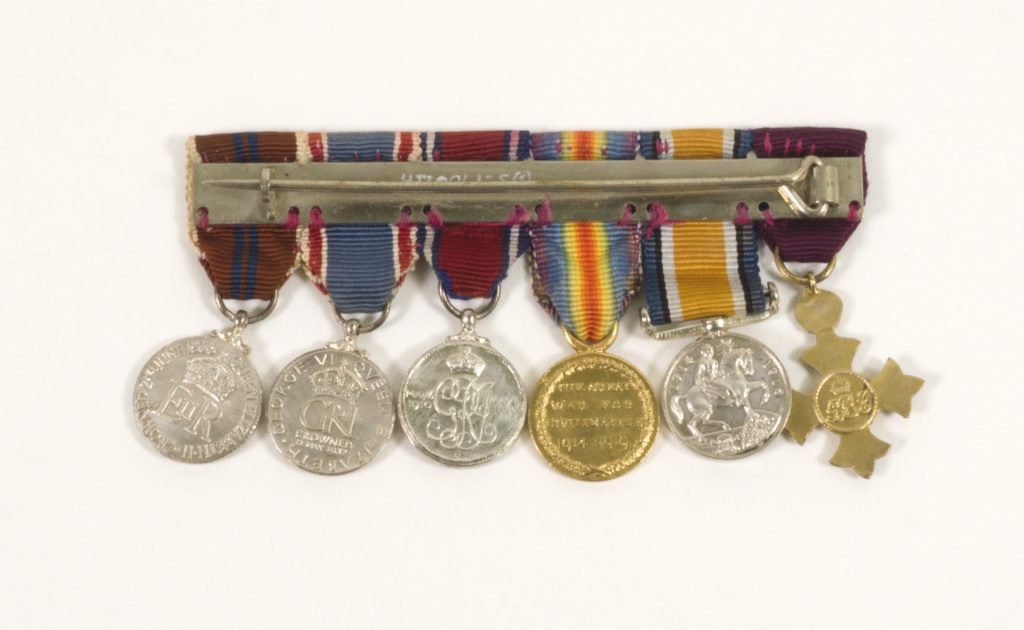