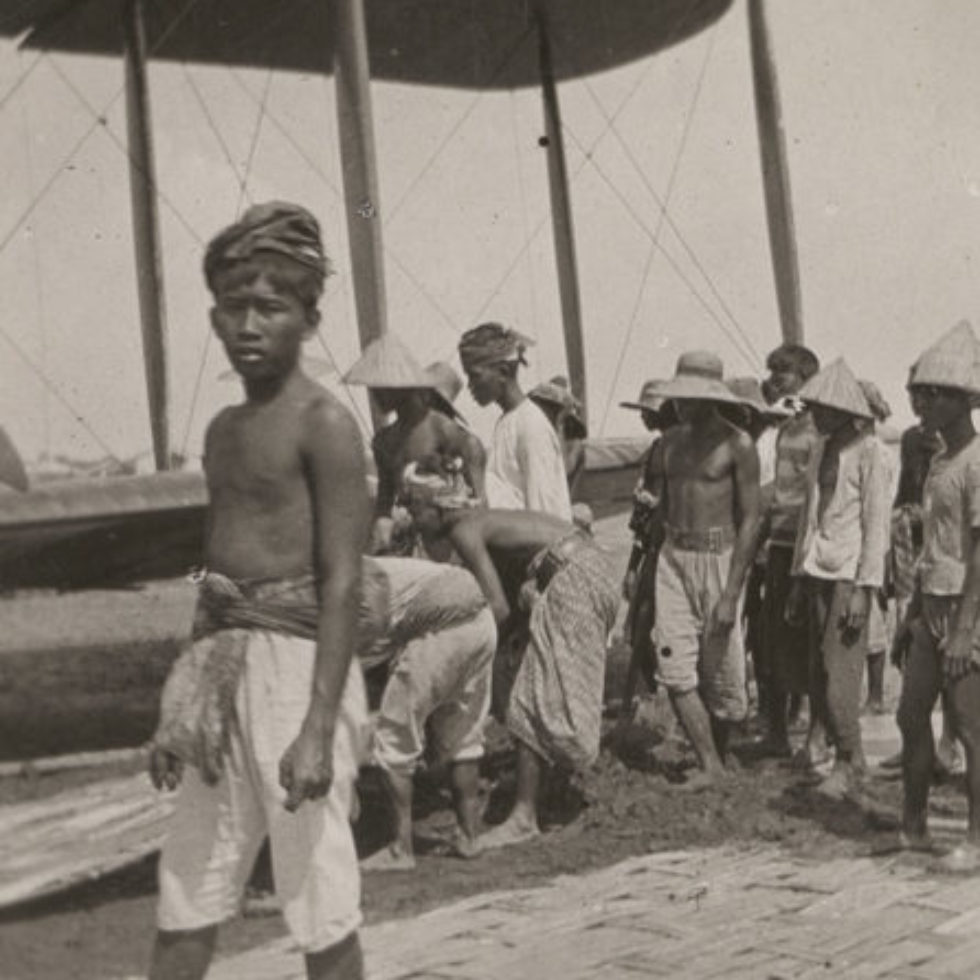 Ross Smith made the 350-mile flight from Kalidjati to Surabaya in a relatively easy four hours and 20 minutes. Then the trouble started…

“Heading the Vimy down, we made a low circle above the town, to the infinite amazement of the teeming native population that swarmed out into the streets, petrified, evidently, by the visitation,” Ross Smith later wrote in 14,000 Miles through the Air. “We made a good landing and were easing off to rest when the machine seemed to drag, and from past experience I knew at once the Vimy was becoming bogged.”

The Vimy was bogged alright – right up to the axles – and six hours of labour in the boiling sun did little to fix the problem.

“We had had no food since early morning, so tired and disconsolate we decided to leave the machine for the night and resume our efforts in the morning,” wrote Ross. “I don’t think I have ever felt so tired or so miserable in my life as I did then. Here we were only 1,200 miles from Australia; we still had four of our thirty days left in which to do it, and yet to all intents and purposes we were hopelessly stuck in this quagmire without a chance of getting out of it.

“Furthermore, I knew that this was the only flat stretch of land within 400 miles from which it was possible to get the Vimy into the air. It seemed as if victory were to be snatched from us at the last moment.”