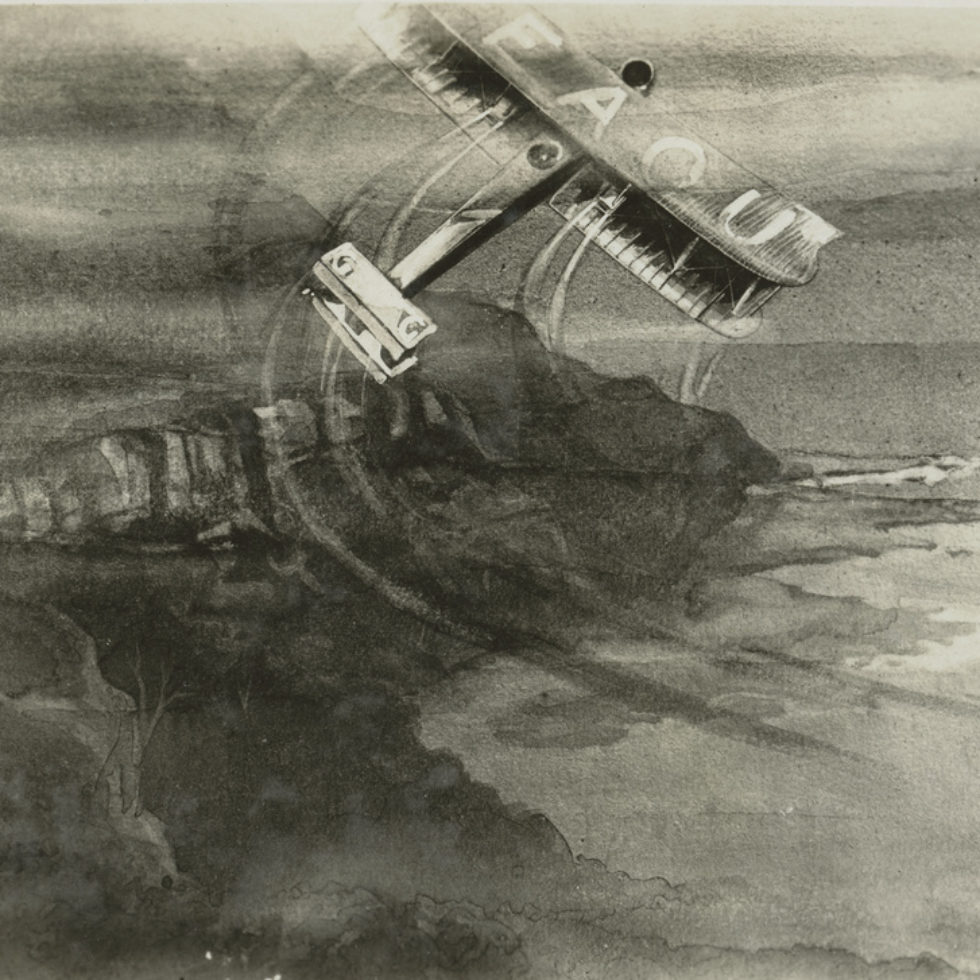 The Vimy crew was escorted out of Bangkok by four Siamese aircraft, before encountering shocking monsoonal rains on the six-hour flight south to Singora.

Flying just off the coast, Ross Smith saw dark clouds ahead and dreaded what was to come. “The rain came down literally like a sheet of water,” he later wrote, “and as we had to remove our goggles and maintain a constant lookout ahead, we were almost blinded by the rain lashing our unprotected eyes.” The wind was also ferocious, at one time almost driving the Vimy into treacherous coastline.

Finally they outstripped the storm and reached Singora “and to my utter dismay noticed that it was covered with small tree-stumps”. To the crew’s amazement, only the tail-skid was torn off on landing – they missed several other foot-high stumps by inches.

Ross had been advised in Bangkok that there was a good aerodrome in Singora, halfway to Singapore, and that 500 gallons of petrol had been deposited there for Poulet. It turned out neither piece of information was correct. Only 500 litres was available, which meant a day’s wait for more to arrive by rail.

In the meantime, the crew went in search of a piece of scrap-iron to replace the broken tail-skid, which then needed to be worked on with a lathe at a nearby rice-mill. By 10am Jim Bennett had finished the job – by which time the monsoonal rains had caught up with them. All night they stood watch over the Vimy as she was battered by wind and rain, lest she broke free of her ropes and crashed into the surrounding jungle.

The feature photo depicts a painting of the Vimy in flight, artist unknown, held in the State Library of South Australia. [PRG 18/9/1/30A]