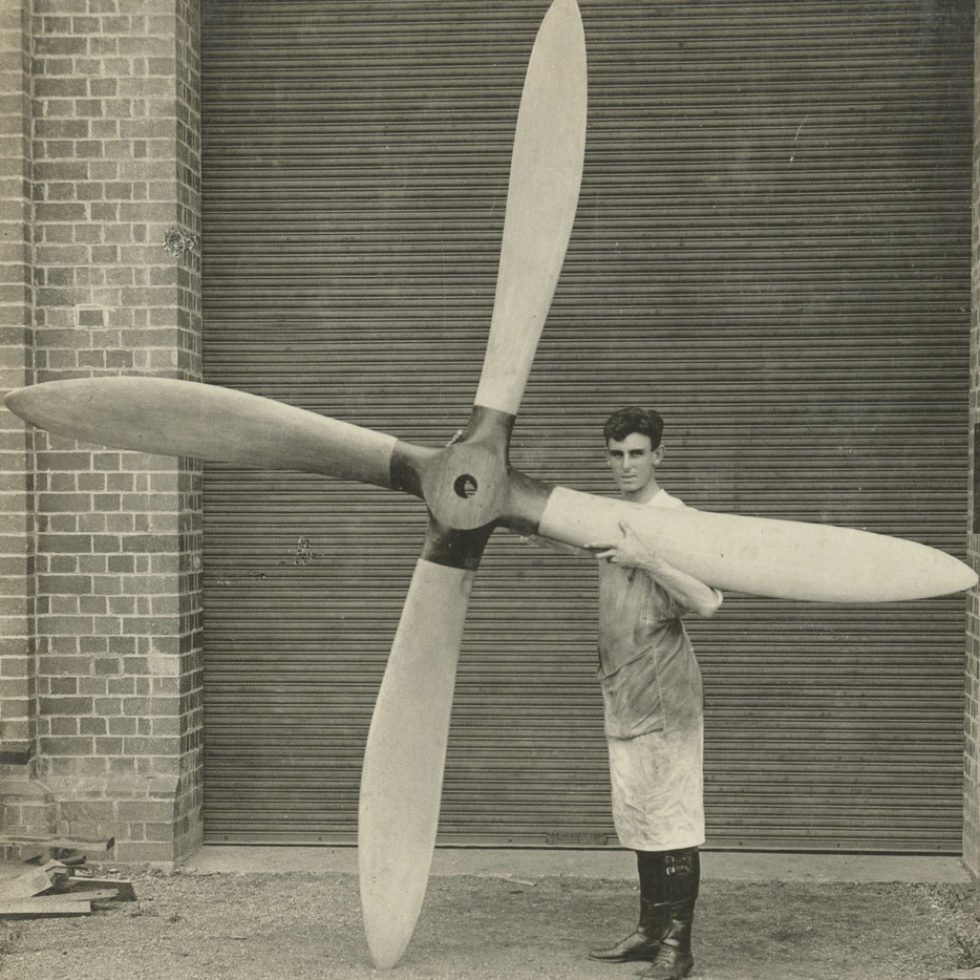 Ever-determined to paint a rosy picture for Vickers Aviation and Rolls Royce, Ross was at pains in his memoir 14,000 Miles through the Air to understate the incident. He wrote: “At Charleville in Central Queensland both engines were given a much-needed and thorough overhaul and a new propeller was made by the Queensland Government at their Railway Workshop at Ipswich.”

In The Skies Remember, Smith brothers biographer A. Grenfell Price gives an insight into the extent of the damage. He writes that mechanic Wally Shiers later recalled “a terrific bang, and a flash of fire came out past Benny and me, and we wondered, and thought we were gone”. According to Price, the port engine required “one new cylinder, two pistons, all the big ends, two connecting rods, six new valves, a new manifold, and the sump pumped”. The £460 bill for the repair works was never sent to Ross Smith.

While a new propeller was being made out of Queensland maple, the Vimy in Charleville was redoped, varnished and fitted with a new set of control wires. The overhaul took many weeks, and at times the picture looked so bleak that Ross Smith considered traveling south by train with the aircraft in pieces. His Vimy crew convinced him otherwise, but it wasn’t until 12 February that they were finally back in the air.

The image top left shows the Vimy’s new propeller crafted in Queensland. [SLSA PRG-18/9/1/44A] Below is an image from the National Library of Australia [PIC P805/1440 LOC Album 1139] showing the Vimy crew removing the port engine.