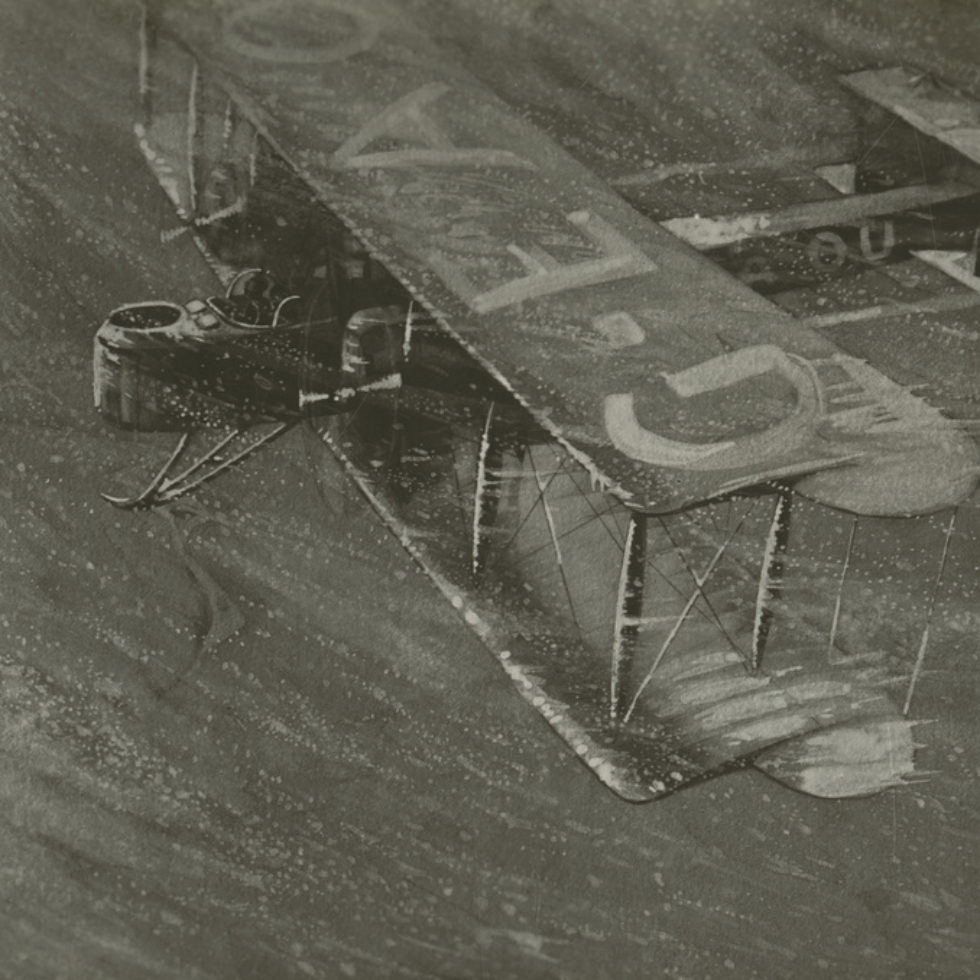 The Vimy crew almost crashed into cliffs off the coast of Greece as Ross Smith battled driving rain and dense mist on the fifth leg of the epic flight, from Taranto over the Mediterranean to Crete.

“The flight was miserable. The driving rain cut our faces and obscured all distant vision,” Ross later wrote. “The bad weather made our voyage down this rugged coast very hazardous, and on one occasion, after passing through a particularly low bank of cloud, I was terrified to observe a rocky island loom up in the mist directly ahead. It was only by turning sharply at right angles that I avoided crashing the machine against its precipitous sides.”

Arriving at the RAF aerodrome at Suda Bay on the island of Crete, the crew worked on the Vimy before Ross and Keith headed off to see the nearby ancient port of Chania. By all accounts the RAF officer who showed them around was rather speedy behind the wheel. Ross wrote: “Our pilot excited our admiration by the expert way in which he steered us through a maze of rough-surfaced alleyways, our Ford causing a great scattering of children and dogs—both of which appear to thrive here in large numbers.”