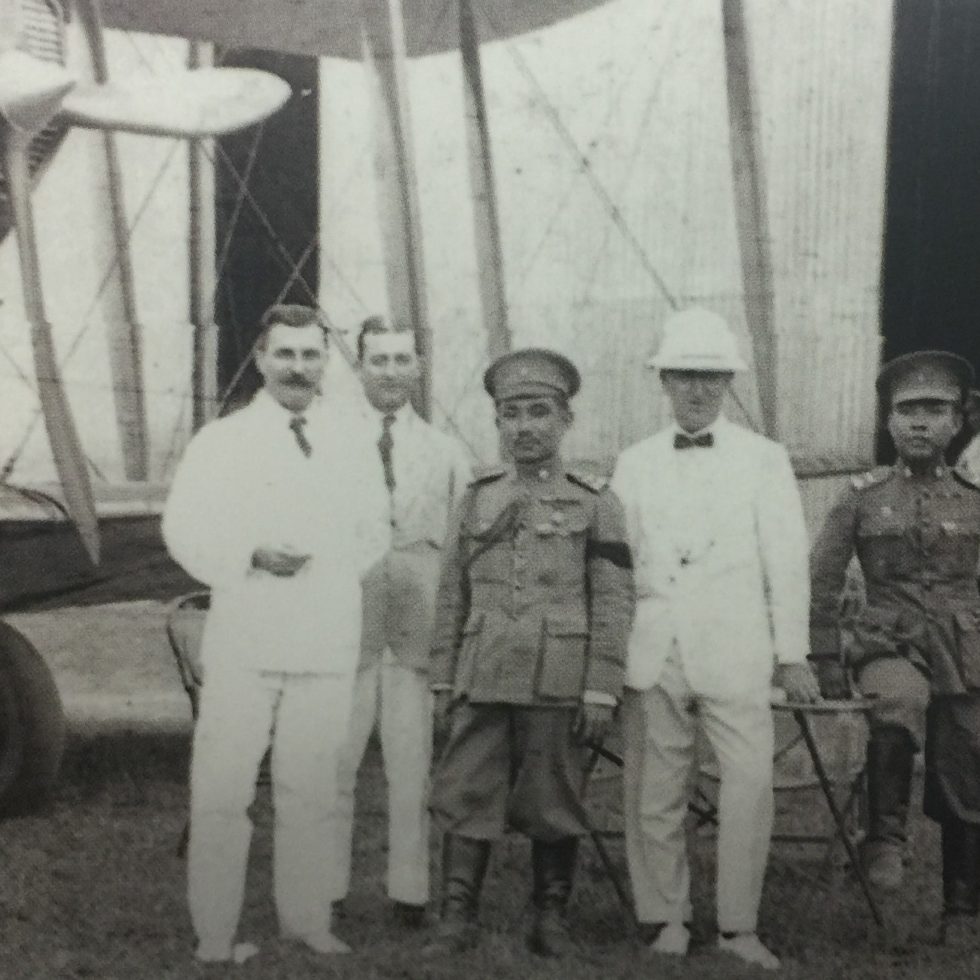 The Vimy crew landed at Bangkok’s Don Muang airport at 12.55pm after a hair-raising, six-hour flight at 11,000ft over an uncharted mountain range.

Ross Smith and Etienne Poulet had again planned on setting off together from Rangoon, but the Frenchman had engine woes so the Vimy set off alone. (In fact, Poulet’s Caudron G4 got no further than Burma – his race was effectively over.)

With dense clouds shrouding an approaching mountain range, Ross climbed to the Vimy’s “ceiling” of 11,000ft. “Down below us lay jagged mountain peaks buried by cloud,” he wrote in 14,000 Miles Through the Air, now reprinted by Wakefield Press as Flight to Fame. “Ahead, around, and behind, the mist enfolded us in an impenetrable screen, and if I once allowed the machine to get beyond control, a horrible fate would be waiting for us all below.”

After an hour of flying blind, Ross and Keith concluded they must be across the mountain range, so Ross shut off both engines and glided down as slowly as possible, about 40mph, while they “anxiously peered over the sides – straining for a glimpse of hidden peaks”.

“A few minutes more and we burst out into full view of a glorious world, carpeted with trees, 1500ft below. The sudden transformation was stunning. It was an unspeakable relief – the end of an hour that was one of the veriest nightmare experiences I have ever passed through.”

At Don Muang (then the headquarters of the highly efficient Siamese Flying Corps – which had actually joined the Allies late in WWI) the crew was greeted with the “warmest hospitality” by Siamese and British Consul officials. Ross had met many of them on his earlier trip to survey possible landing routes from Calcutta to Darwin. He told local reporters the aerodrome was the best since England “and expressed himself as delighted with the arrangements made and the very efficient administration”. It was a good thing, too, as Wally and Jim had a long night carrying out repairs on the engines.