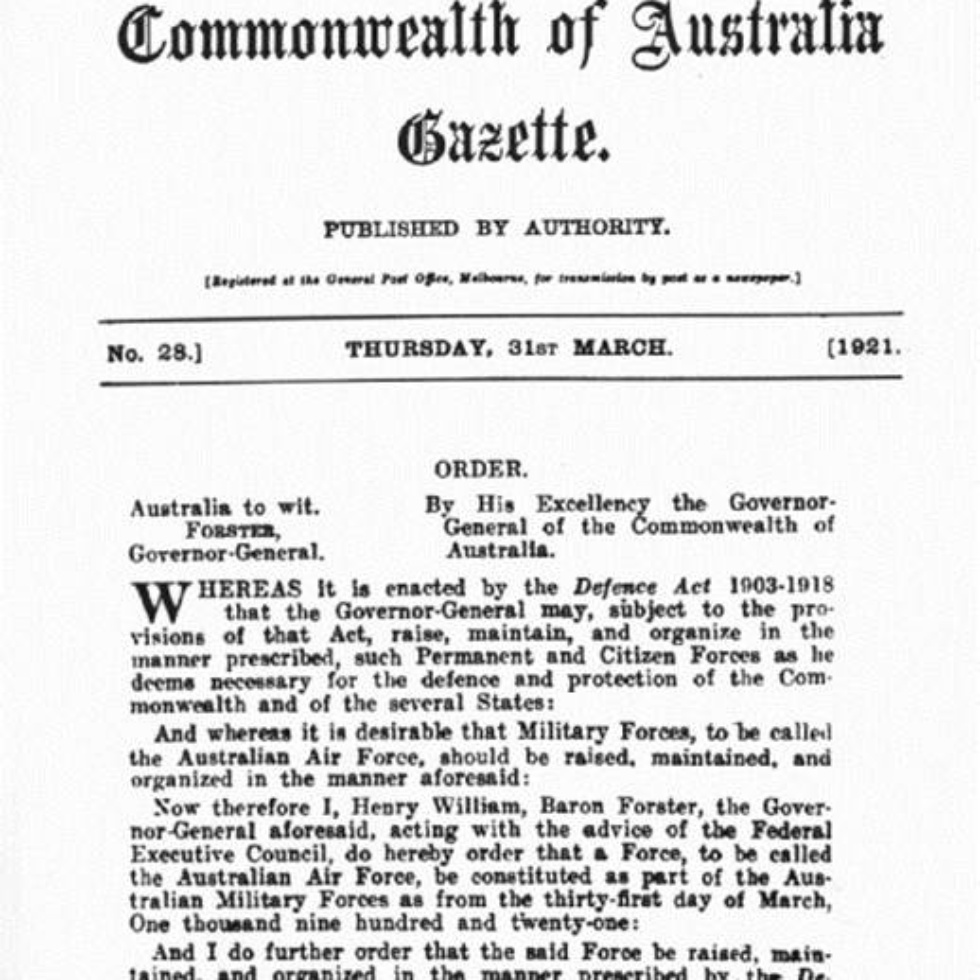 Although the Australian Flying Corps was disbanded after World War I, Australia was committed to retaining a military air service. Britain had gifted 128 surplus aircraft to Australia to establish an air force, and some of these planes, along with training machines already at Point Cook, were operated by an interim army unit, the Australian Air Corps, during 1920-21.

The AAF immediately took possession of existing aircraft and equipment at Point Cook, Victoria, but not all the Australian Air Corp’s personnel were transferred across.  At its formation, the new service had 21 officers and 128 other ranks, and even six months later this strength had barely doubled.  The 153 aircraft which initially came into the AAF’s possession were mainly war surplus machines received under the ‘Imperial Gift’ arrangement. Most stayed in storage, and for several years only 50–60 aircraft were actually in use. Economies imposed in 1922 forced the RAAF to cut back on development plans, so that even after five years in existence it had less than 700 personnel.

On 29 April 1919 Major General J.G. Legge had produced his “Outline Policy for the Military Air Force of Australia”. In this he confirmed ideas that had been put forward before WWI with the following statement: “The Military Air Force of Australia should mainly be composed from Citizen Forces with a proportion of Permanent Troops. The latter to provide for the instruction of the force and the maintenance of the equipment.” Thus it was, from the very outset of the new service. Reservist or Citizen Airmen would play a major part in the subsequent formation of the Australian Air Force. 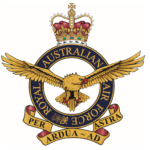 The prefix “Royal” was granted soon after and promulgated on 31 August 1921. Financial restrictions held back the formation of the Reserve elements for some time, even after approval was granted in November 1921. By sheer hard work and determination, the reserve elements of the permanent squadrons came into being and in April 1936 several autonomous Citizen Air Force Units were raised in the major cities of the east coast and in Perth.

Thanks to Greg Weller from RAAF Base Edinburgh for his assistance with this post.