The Vickers Vimy crew almost met with disaster on takeoff from Calcutta (modern-day Kolkata) on 29 November 1919, when two kite hawks struck the wing and port propeller.

“It was a breathless, not to say a terrifying moment, for we fully expected to hear the crash of broken propeller blades,” wrote Ross Smith in 14,000 Miles Through the Air. “… more hawks were circling about, and in endeavouring to avoid them I almost crashed the machine on the tree-tops.”

Luck was with the crew (again) and they were soon on their way to Akyab in western Burma (modern-day Sittwe in Myanmar), crossing the swamp lands in the Ganges Delta before making their way to Burma via the coastline. Ross Smith had aimed to fly to the capital Rangoon in a single day, but there was a race meeting so he couldn’t land on the course as planned.

At Akyab they finally caught the Frenchman Etienne Poulet.

“My brother peered over the side as we circled the aerodrome and showed symptoms of great excitement,” wrote Ross, “while Bennett and Shiers waved joyfully from their cockpit and pointed to the ground. Poulet was the first to greet us on landing. He came forward with a cheery smile and outstretched hand – a true sportsman, the hero of a gallant and daring enterprise.”

The image below is a photographic copy of a painting of the incident in Calcutta, held in the State Library of South Australia. The artist, who created a fabulous series of paintings relating to the epic flight, is sadly unknown. [PRG 18/9/1/25B] 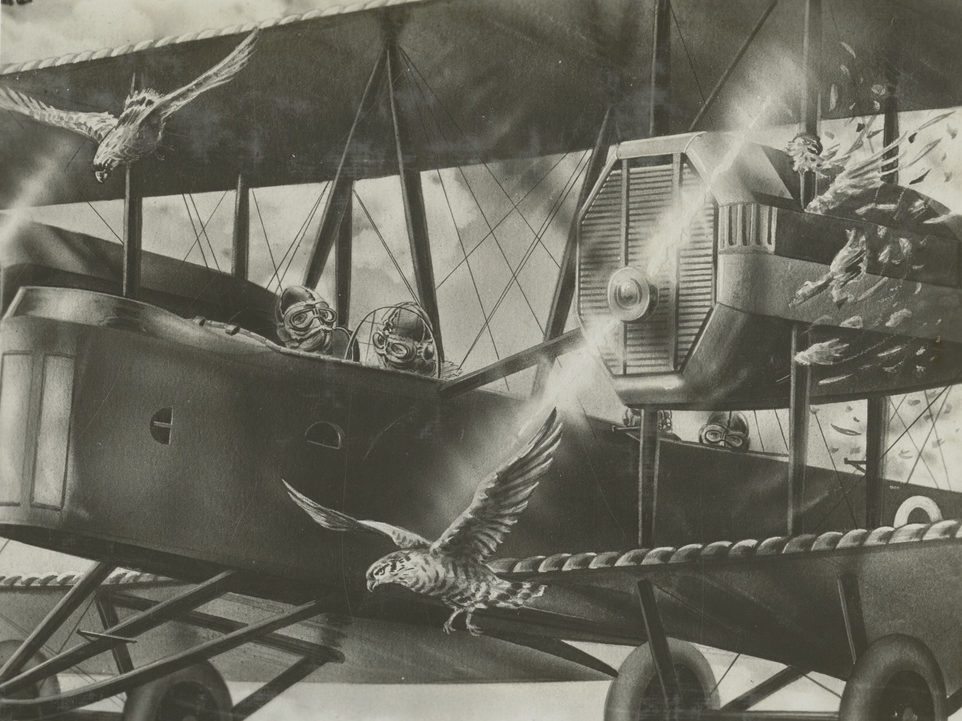