Ahead of Australia’s 2019 federal election it was announced that a new state-of-the-art facility would be built for Sir Ross Smith’s Vickers Vimy aircraft at Adelaide Airport.

Announcing a $2m funding commitment by the federal Morrison Government, SA Liberal Senator Simon Birmingham said it was a major win for South Australia’s cultural heritage, for tourism, and would serve to educate generations to come of our state’s pioneering and aviation history.

The $2m commitment (matched by the federal Labor opposition) was matched by the South Australian Marshall Government and Adelaide Airport Ltd, taking the combined total for the rehousing project to $6m.

“This funding will ensure the safe and careful transfer of the Vickers Vimy to a prime location at the new Adelaide airport terminal, where it will be displayed prominently in a purpose-built facility to be viewed and admired as a symbol of courage and ingenuity.”

Premier Steven Marshall said the historic flight of the Vickers Vimy undoubtedly ranks in the highest echelons of human achievement.

The Vickers Vimy is scheduled to be relocated in 2021. 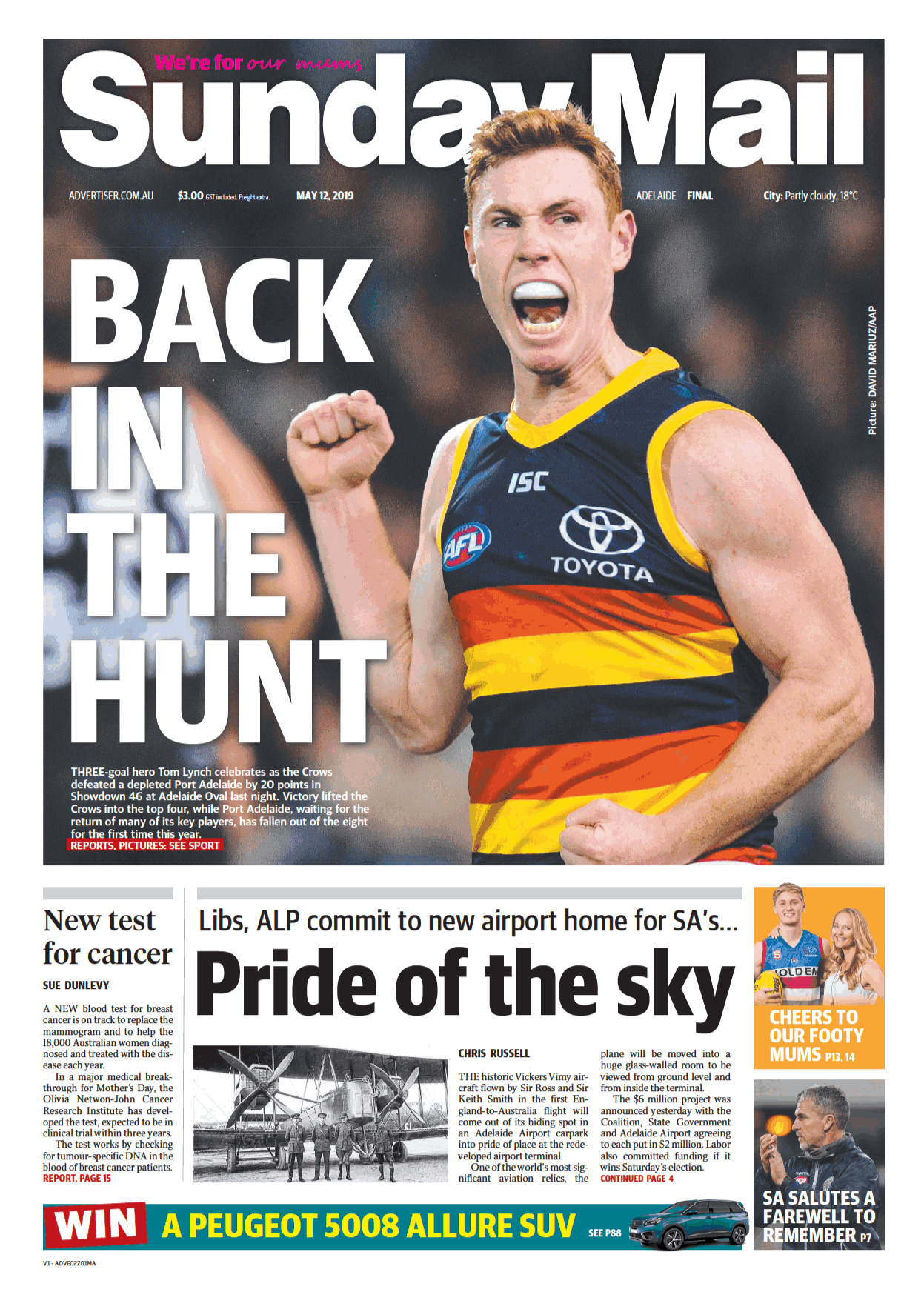