The stunning Heroes of the Skies exhibition at the State Library of South Australia celebrated the excitement of the Great Air Race, while also following the lives of the Smith brothers from their early days at Mutooroo Station in the far north of South Australia to service in World War One and the public response to the tragic death of Sir Ross in an air crash in 1922.

Brought to life through the library’s own comprehensive collections including the Sir Ross and Sir Keith Smith Archive, the exhibition also featured precious items on loan from other libraries, museums, and private collections.

Highlights relating to the race included the log-book and certificate of airworthiness of the Vickers Vimy, notebooks kept by Ross and Keith, a pocket compass, a magneto from the engine, and a piece of Vimy aircraft fabric. Also on display are the rarely seen knighthood medals awarded to Keith and the ‘flying wings’ won by Ross in the Australian Flying Corps and Keith in the Royal Flying Corps, which were taken into space with astronaut Dr Andy Thomas in 1996.

You can view the personal papers of Sir Ross and Sir Keith Smith on the library’s digital collections website. 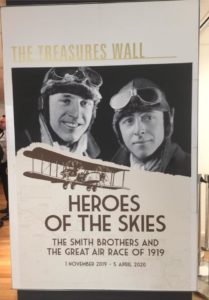 Fastened onto Keith Smith’s flying cap is a tiny mascot ‘Percy’ made of black & red darning wool, given to him by ‘an admirer’. 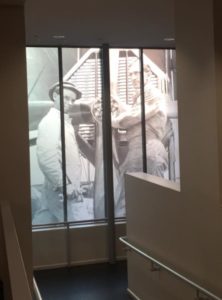 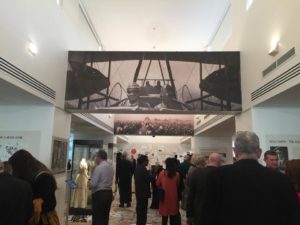 Peter Eaton and daughter Ketrah Parsonage. Peter’s grandmother was childhood friends with the Smith brothers, and he loaned the autograph book they signed before WWI. 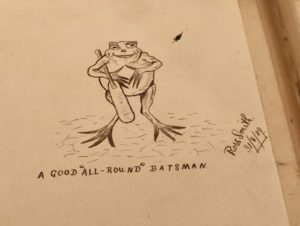 Ross Smith’s 1909 signature and drawing in the autograph book.