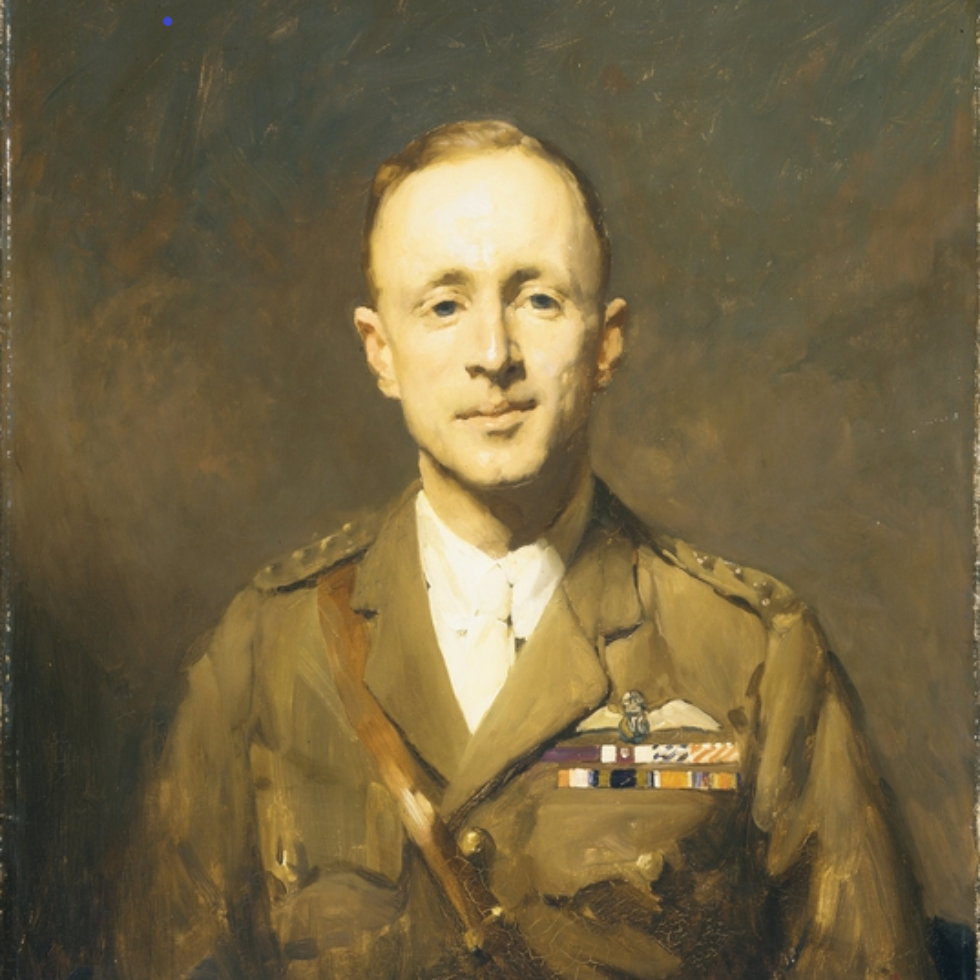 This W.B. McInnes oil painting of Sir Ross Smith was commissioned by the Commonwealth Government in 1920. Sir Ross sat for the portrait in August and September of that year, shortly before travelling by ship to England and after a lengthy stint on the speaker’s circuit around Australia. As Ross Smith biographer Michael Molkentin notes in Anzac & Aviator, McInnes portrays the famous airman “as weary and worn thin by four years of war, a flight halfway around the globe and six months living in the glare of publicity”. Molkentin also notes that Smith looks considerably older than his 28 years. The painting is held in the Australian War Memorial collection. [ARM ART03179].