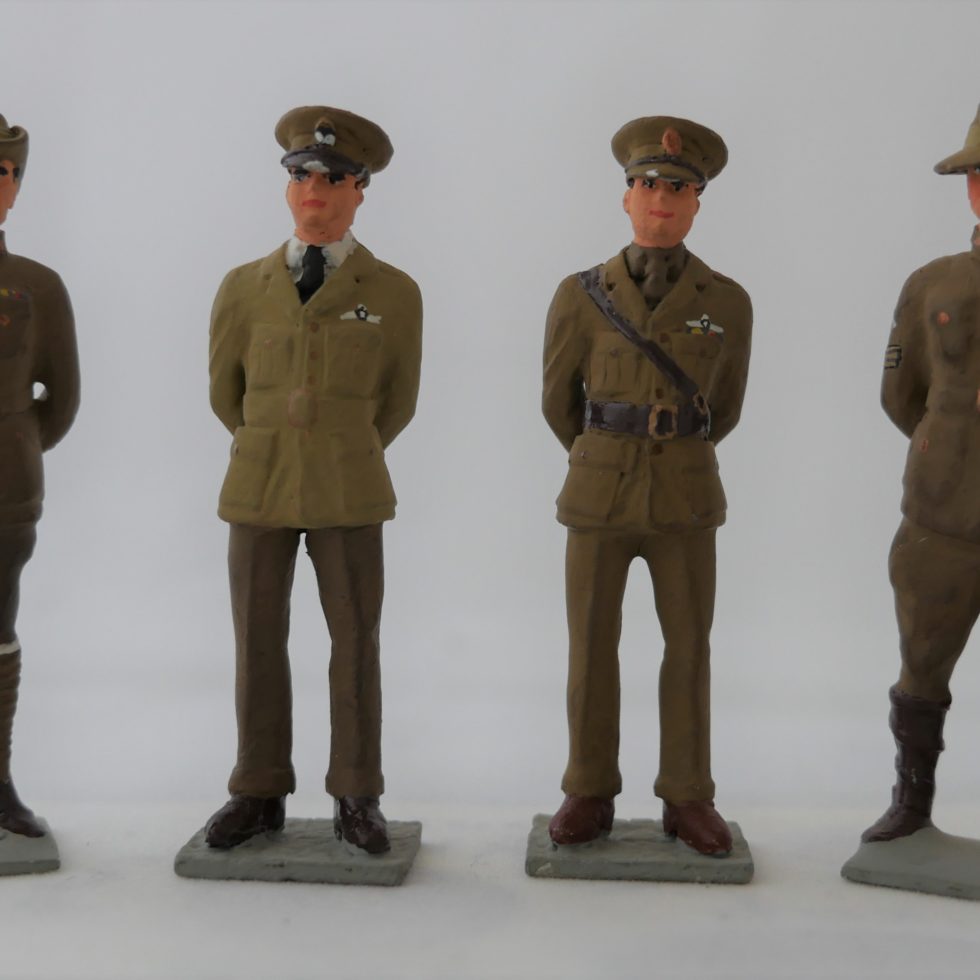 Adelaide’s Tom Young began painting lead figures as a boy, and amassed a magnificent collection over many decades. Among them are Smith crew members just as they were photographed before their departure from Hounslow, England, in November 1919. The figures sat in a cabinet beside Tom’s Vickers Vimy model  and other epic flight treasures, including those pictured below, in the Young family kitchen for many years. 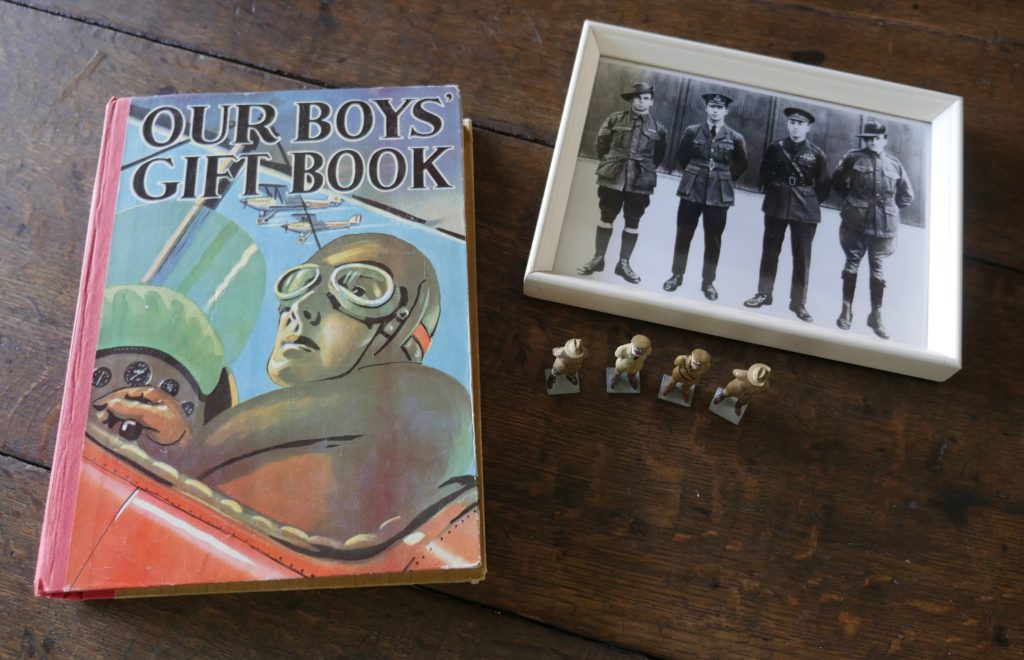 Treasures including the original photo on which Tom’s figures are modelled. 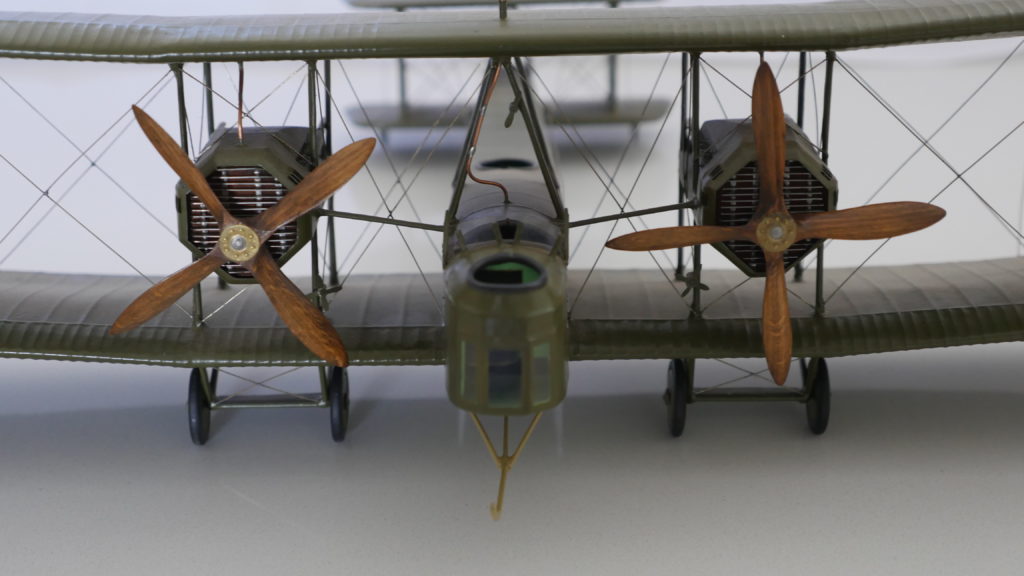