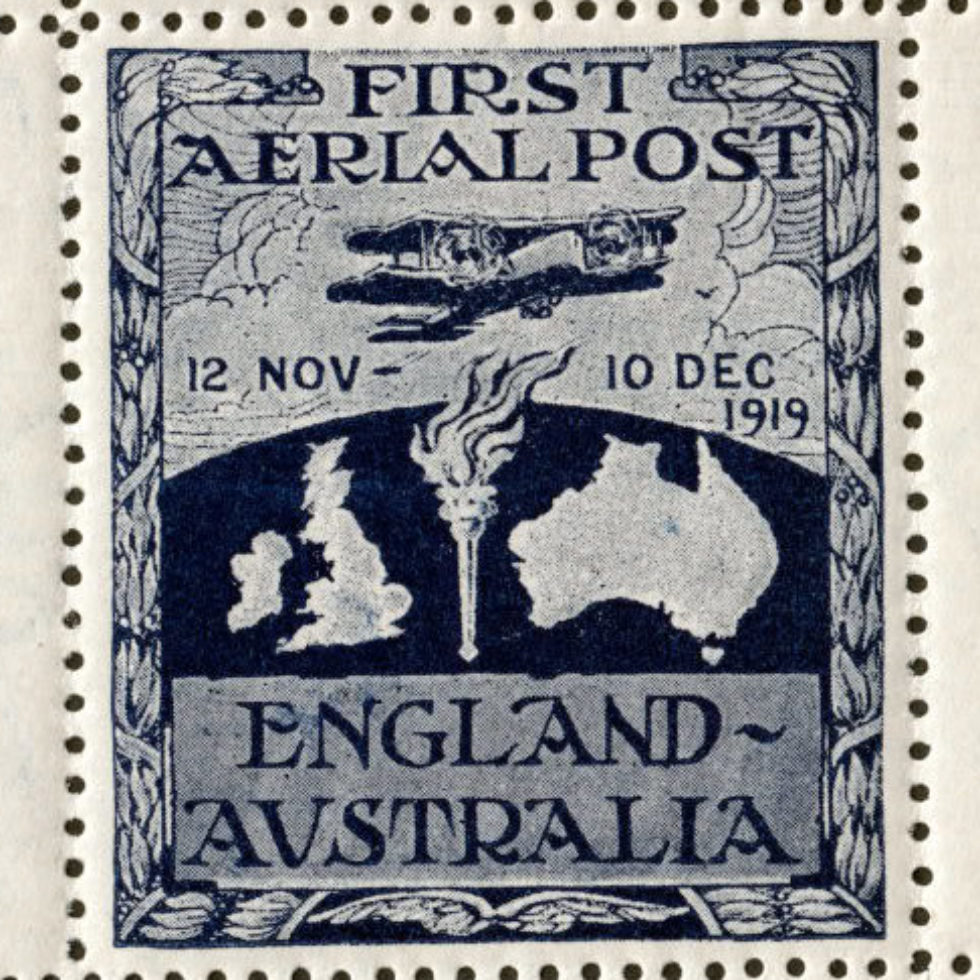 The haul included messages written by the crew, but also hundreds of letters handed over along the way. In The Greatest Air Race, renowned philatelist Nelson Eustis notes 364 covers were received by the Australian Government in Melbourne, collected from along the route in places as varied as Cairo and Calcutta, Syria and Burma and Karachi.

At Ross Smith’s insistence, Australia’s Prime Minister Billy Hughes commissioned a special stamp and date stamp for all of the inaugural airmail carried aboard the Vickers Vimy.

This little blue ‘cinderella’ stamp is a beautiful blue and white depiction of the Vimy skimming through what Sir Ross described as “unflown skies” from England to Australia. No more than a few centimetres square, the rare stamp was fetching upwards of $15,000 by 2019.

Below are other stamps inspired by the epic flight, courtesy of North Road Cemetery historian Helen Stein.