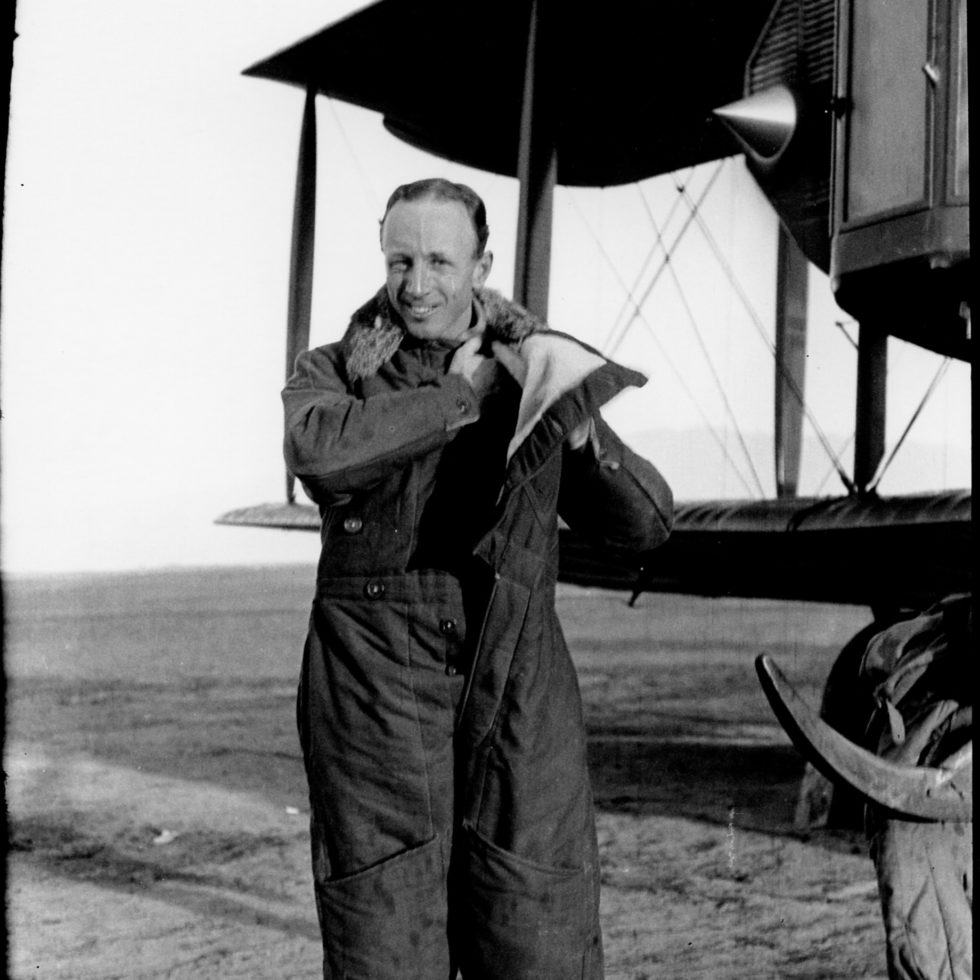 This photo of Ross Smith in his Sidcot flying suit was taken at Bandar Abbas, Persia, during the epic flight and is held in the private collection of British philatelist Laurence Kimpton, author of Airmails across the Middle East 1918-1930. Photo reproduced courtesy of Mr Kimpton. 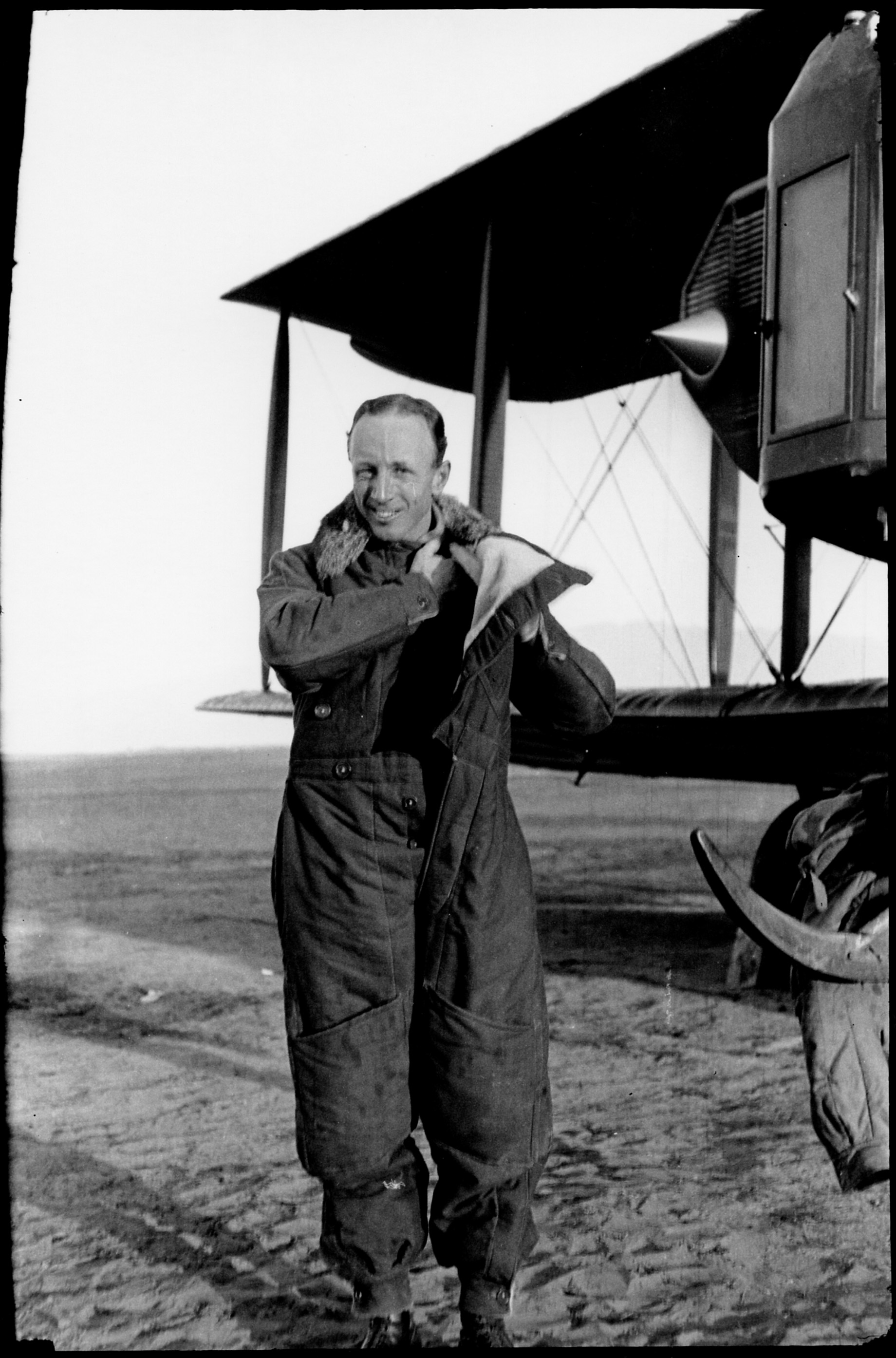