In May 1919, the Commonwealth Government of Australia offered a prize of £10,000 for the first flight from Great Britain to Australia. The competition, announced by then Prime Minister Billy Hughes, was open only to Australian nationals and had to be achieved by 31 December 1919. There were many specific conditions to the competition, one being that the journey must be completed within 30 consecutive days. Six crews began the race, however it was Ross Smith, Keith Smith, James Bennett, and Wally Shiers who won the competition, arriving at Port Darwin on 10 December 1919 in their Vickers Vimy G-EAOU. Born and bred in Adelaide, South Australia, the Smith Brothers made invaluable advancements in the global aeronautical industry, bringing international renown to South Australia.

This cigarette case commemorates the achievements and comradery of Sir Keith Smith and his crew. It belonged to Sir Keith Smith and was made in Birmingham in 1911 by silversmith William Hair Hassler. The engraved signatures on the inside cover belong to members of the crew that completed the first flight from Great Britain to Australia: Keith Smith, Ross Smith, James Bennett, Wally Shiers, and Frank Hurley, who joined the crew later in the journey. It is now part of the Historical Relics Collection. 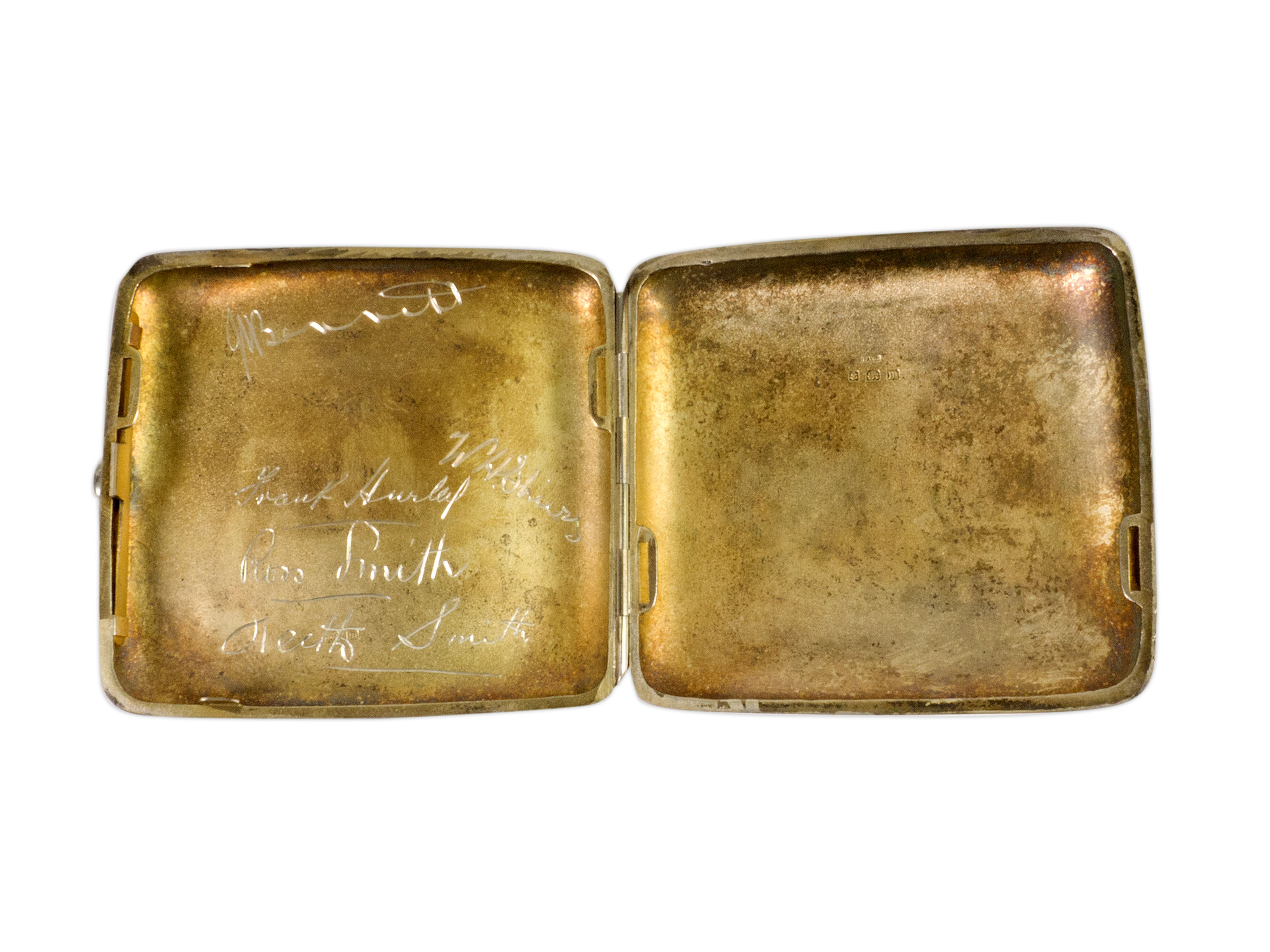 Square silver plated cigarette case with rounded corners. The left side has two spring hinges with a snap fastener on the right. The front outer is engraved with initials K M S (Keith McPherson Smith) with the Royal Flying Corps insignia engraved above and underneath. The inner case has a gold-cover surface. On each section are a pair of opposite metal billets. The front inner has four makers marks and the back inner has repeated two makers marks. The signatures of J M Bennett, W H Shiers, Frank Hurley, Ross Smith, and Keith Smith are hand engraved on the left inside cover. The front initials are upside down to the signatures and marks.