This mural in a park at Greenacres was created by John Whitney and Year 10 students from nearby Ross Smith Secondary School.
It features images of significant historical interest to the area, with particular focus on the achievements of Ross and Keith Smith who landed their aircraft at the nearby Northfield airstrip after their historic flight from England in 1919.
Source: http://adelaide-in-photos.blogspot.com/2009/06/
Posted by Gordon 26.6.2009 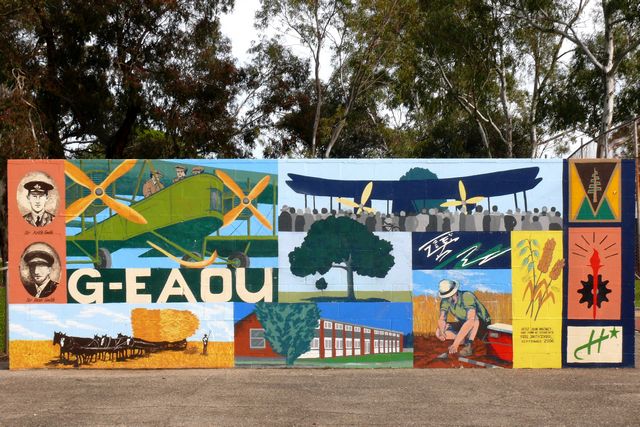