The day began with an exclusive walk inside the Vimy hangar at Adelaide Airport, followed by a drive-by of Ross Smith’s birthplace in Semaphore, lunch at the South Australian Aviation Museum and afternoon tea at North Rd Cemetery where Ross and Keith Smith are buried. The tour also took in key Adelaide landmarks including the Ross Smith statue on Memorial Drive, the landing site at Lightsview and the former Queen’s College site in North Adelaide.

The event (and the epic flight more generally) were promoted to a statewide audience via a ticket giveaway the previous week on ABC Adelaide Radio Mornings, hosted by David Bevan. 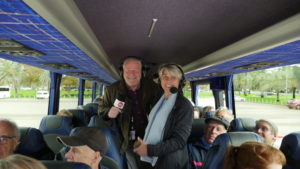 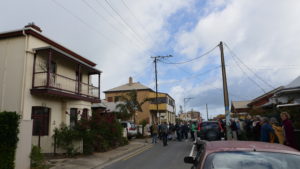